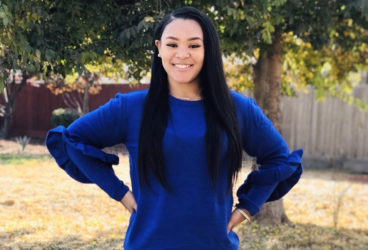 Erika was just 15 when she found herself pregnant and alone. Being on her own as a teenage parent wasn’t a choice.

At 17, she moved into one of our transitional housing apartments in Point Loma with her 18-month-old son. She started working, finished high school and ultimately moved into her own private apartment with our help.

Today, Erika owns a successful child-care business and is earning an associate degree. Now 27 and married, she reached out to share her story and inspire other youth.

“There’s a lot of things I want to do now,” Erika said. “I’m on the ball. People always said, ‘You’re going to be tested’ and it wasn’t important but I’m more established and grown now.

As a teenager, you think all the rules are so foolish, but I’ve carried all the things I learned at SDYS with me. Keeping your house clean, budgeting, just how to be a successful adult. You learn yourself that it’s important and you can do it. You’ve just got to have patience and stay focused.”

In the last month, Erika received a license to further expand her childcare to 14. She also hired help. 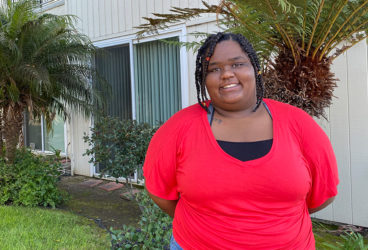 Alona was in foster care since her earliest memories. She was moved from family to family before her mom was granted custody of her again at age 10. It soon wasn’t the caring and stable life Alona longed for, however. Her mother struggled with addiction and would leave Alona home alone for months at a time. Her mother also struggled with prostitution.

Alona tells of dropping out of school and beginning to “struggle with an addiction of my own to methamphetamine” while living out of hotels before her mother was arrested. While alone, she found her way to our emergency shelter for youth.

“The moment I stepped foot in that shelter everything changed,” Alona says. “I was instantly introduced to a family dynamic I had never experienced before. The staff there became the family I had longed for and I began to blossom. I had a routine and a family behind me to help me.”

With our support, Alona went on to join the San Diego Job Corps Center and obtain her GED and a certified nursing assistant certification. She got her first car and is now learning and practicing independent living skills in one of our transitional housing communities. She is also attending Cuyamaca College studying zoology and child development.

“I’d never imagined the possibilities I could have by just taking one step,” she says. “We do not look like what we’ve been through! Many children who suffer from youth homelessness are couch surfing, staying at parks hidden and STILL attending school. We are a hidden but very real population of youth who aren’t so clearly seen. SDYS is working to help the hidden population of youth like me.” 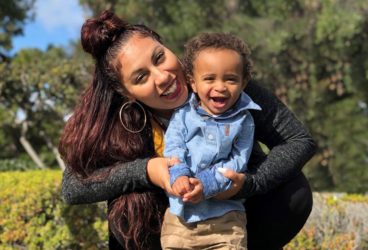 Following job readiness training with San Diego Youth Services this past Spring, Abrea went on to apply, interview and accept a full-time position as the project specialist with The Regional Task Force on the Homeless (RFTH), a unique stipend opportunity.

In this new role, Abrea will help plan and implement a federal grant to the task force to reduce youth homelessness. Abrea will receive a $17,000 stipend and a $5,920 education award to return to school where she plans to pursue a career in social work.

“What excites me the most about now being apart of the RTFH is all of the experience I am gaining and the networking skills I am developing,” says Abrea, who received offers for all three of the jobs she applied for after the job readiness training.

“I have met many program managers, stakeholders and business professional people in this last month and there are only more to meet. Being on this journey is so amazing to me just because I never pictured myself being here or doing something like this, but it is now happening, and I believe in myself more than ever.” 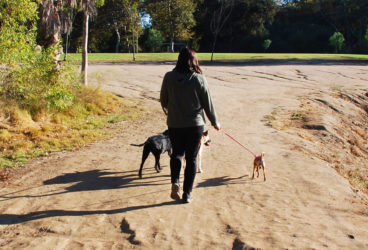 Samantha Benner, 23, was only 16 when she became homeless. When she found her way to our emergency shelter for youth, she was struggling with trauma and heavy drug and alcohol addiction. Today, she describes being on the street as terrifying and the shelter as her first stable environment.

She landed her first job at a dog daycare while at the shelter and is now an apprentice as a professional dog trainer. She is also sober.

“[The shelter] gave me the counseling and solid foundation I needed to become a successful member of society,” Benner says. “They helped me to find a place to live, find the treatment I needed and provided counseling. They taught me how to form the right priorities and how to take care of myself to get clean.

“When I turned 18, I went to a treatment center and they helped me find transitional housing for LGBT youth. I will forever be grateful for everything they did for me and helped me do for myself. I now live a safe, beautiful and full life and thank San Diego Youth Services for all they do for young people in vulnerable circumstances and for giving us a chance for an amazing life.” 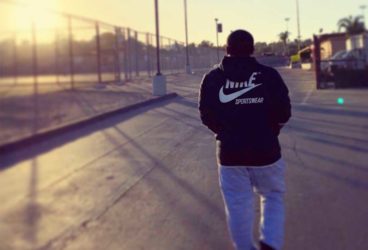 Robert recently graduated top of his class from high school and received a full scholarship to a UC university’s honors program. He talks about how “not one, not two, not even three mistakes determine that person we are or will become.”

Arrested twice as a teen for altercations with his mother and sister, Robert became part of San Diego Youth Services Alternatives to Detention Program. He started therapy and became known for his humor, joyfulness and academic achievements.

Robert was involved in many extracurricular activities such as an anti-drug coalition, college-level courses and research programs. He won the scholarship from a private donor, who personally called to congratulate him.

“In order to grow and live out our biggest dreams, we have to rebuild our minds, character and self from the daily mistakes we make,” Robert said. “Don’t be afraid to admit you were wrong or made a mistake because only when you hold yourself accountable are you able to rise above adversities.” 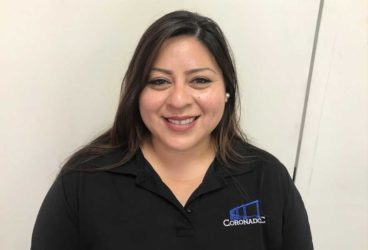 Noemi Jimenez has come full circle. Once a homeless teenage mother, she recently became a proud donor giving back.

Jimenez, 33, is now a supervisor at Coronado Distribution Company, where the company gives each month to a charity of an employee’s choice.

Jimenez chose San Diego Youth Services for helping her with transitional housing, independent living skills and, ultimately, a new life for her family at a time when she needed it most.

“I wouldn’t have thought I could live by myself but San Diego Youth Services helped me. I know how to budget my money and plan. I’ve got this. I always tell my daughter about the program and how it helped me. I tell her about the importance of giving back.”

Jimenez’ advice for others who may be struggling: “Don’t limit yourself. You really can do anything.” 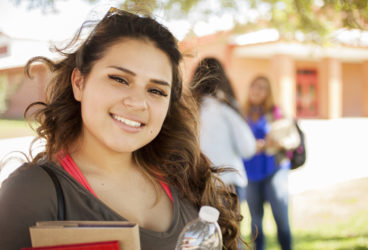 Anna, 17, has been involved with our Youth Emergency Shelter five times during the past three years.

Anna and her family have struggled with homelessness since she was 10 years old, living on the streets of San Diego, in numerous family shelters and “couch surfing” between friends. At one point, Anna was suspected of being involved in sex trafficking.

During her final stay at the shelter, she worked with her case manager and social worker to pursue more permanent solutions and started therapy with our Counseling Cove program. The program provides intensive outpatient behavioral health services and case management.

Anna was awarded her dependency by the court system and is currently living with a foster family. She graduated from high school, has part time employment and plans to begin community college. 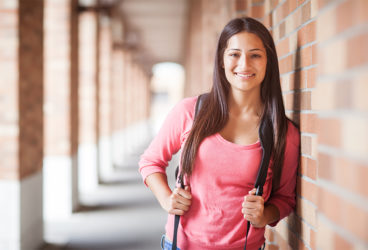 She had initially sought refuge at our Youth Emergency Shelter before joining one of our transitional housing facilities for youth ages 16-24. She was unemployed and dealing with an ongoing domestic violence issue.

It took some time for her to focus and begin to develop a vision for the future. However, once engaged, she made rapid progress.

She updated her resume and received job readiness skills. This led to her securing several positions as a server in restaurants. During her stay in the program, she saved $13,000 from her work. Her high level of motivation also led her to enroll in community college.

Today, Mary no longer needs services. She has become a well-adjusted young woman with the independent life skills for continued success.  She continues to attend school and maintains an overall straight “A” grade level. She also recently purchased a car with some of her savings.

Her goals for the future are to complete college and secure a job in social services. With the help of our staff, she is working on a transition plan to live independently. 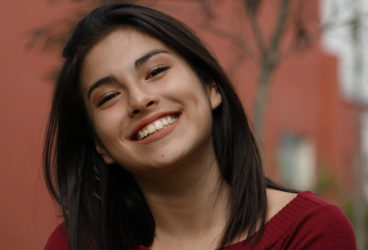 Kim joined our STARS (Surviving Together, Achieving and Reaching for Success) program after learning she was pregnant. Upon hearing the news, her boyfriend/trafficker left her and threatened to hurt her and the baby if she contacted him again.

Kim told of being trafficked since the early age of 14. She was raised in the foster care system and moved from group home to foster home during her early teenage years. She was brought into “The Life” by a peer who introduced her to her first pimp.

After running away, she stayed at friends’ houses until she was arrested and placed in juvenile hall. Although troubled and alone, Kim excelled in her program while in custody and received an award for her achievement in completing it.

But after being placed in foster care, she was led back into the life at 15 and met her second pimp. By 17, she had three pimps and had been trafficked along the coast of California. It wasn’t until she reached our transitional housing program at 19 that Kim was referred to STARS.

With our help, she assisted in putting one of her traffickers behind bars for severely beating and exploiting her. She also completed her first semester in college, enrolled in other services and acquired a job.

She attends prenatal appointments and talks openly about her plans for her child. Kim has a bright outlook and with continued support hopes to stay out of the life and break the cycle of abuse, neglect and abandonment for her child.